What’s the story behind what drove you to create the platform for Acts of Sharing?

Our college community was talking about ways to save money, and we realized how many items we all could use together that we all owned, from textbooks to clothing to tools.  I was also reading a book entitled “The Irresistible Revolution” by Shane Claiborne, which spoke of the Christian life in its truly radical terms, and this was ultimately reflected in Acts 4:32,

“All the believers were one in heart and mind, and no one considered anything his own, but they shared everything they had.”Acts 4:32

It reflected what became our name and helped us focus the platform toward enabling friends and communities to share their goods locally.

Was it ‘go go go’ from the start of your idea for Acts of Sharing, or did you ever have any hesitation?

I was in graduate school at the time, and to start Acts of Sharing required me to make a decision on whether to continue my study.  While I would have loved to do both, I was fairly certain from the outset that this was something I deeply desired to do.  While it took a bit of time to formulate, I felt I was always looking to go in this direction.

What were, and what have been, some of the largest problems you have run into with growing Acts of Sharing?

First off, let me mention our greatest strength.  We have so many excellent people contribute their skills and their time sacrificially to grow Acts of Sharing.  I have been so inspired by our team and those that have worked with us, and it has made a huge difference in where we are today.

As I look at why we have scaled to uber levels, I think we did not focus ourselves well enough on certain kinds of items.  Because we kept things open-ended, I think it made it harder on people who wanted to use the site just once.  We are working to address this as we speak here.  I also think we are ahead of our time in many ways.  I firmly believe in the near future that we will be able to make the items we purchase immediately available to those we want to share with.

What is the best piece of advice a mentor has given you?

Lead from the front.  To ask people to follow you means sacrificing first.

What inspires you to try and live a life of Sharing?

It looks a lot like Jesus, in terms of loving others as yourself.  I think today it also reflects an antidote to many issues.  Sharing focuses you on living relationally and locally.  You talk to people and you learn to trust people.  You make changes where you are rather than talking about them.  It’s living sacrificially in many ways, but there is an integrity to that, and it’s something that I believe can change the way we live as communities everywhere.

What have been some of the largest ‘lightbulb’ moments you have had along the way?

F Focusing on communities.  You need to start with what is already working, and we’ve seen how effective that has been in limited time. People love being together with the people they’re willing to share with.  So let’s start where it works best and build from there.

T Try it before you buy it.  When we launched our app at SXSW, we gained a lot of excitement around the idea that you could shop to borrow rather than buy.  I think focusing even more on the interaction with people’s developed routines was a great move for us, and helped focus us on making our tools easy.  We have to remind ourselves of this constantly with things changing so quickly.

P Partnership with Common Change.  Our work has been connected for so long I’m thrilled we are finally working together as one.  But more than that, the people who use our tools will love what each of us are about, so it makes sense for us to work more closely, for the sake of those we serve.

Where would you like to see Acts of Sharing in one year?

Serving communities in multiple countries with refined tools.  I think we have found some exciting answers to questions we’ve been asking for a long time, and in the next year you will see these tools being used across the world.  That’s something we’re very excited about it.

What do you believe is greatness?

Being willing to give your life away for the sake of someone else, especially someone who doesn’t care much for you in return. And the city of Vienna on a sunny day. 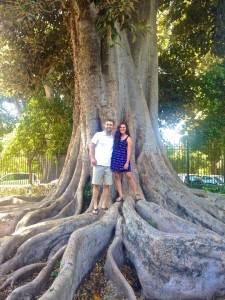